10 Common Myths about Voice in the Warehouse 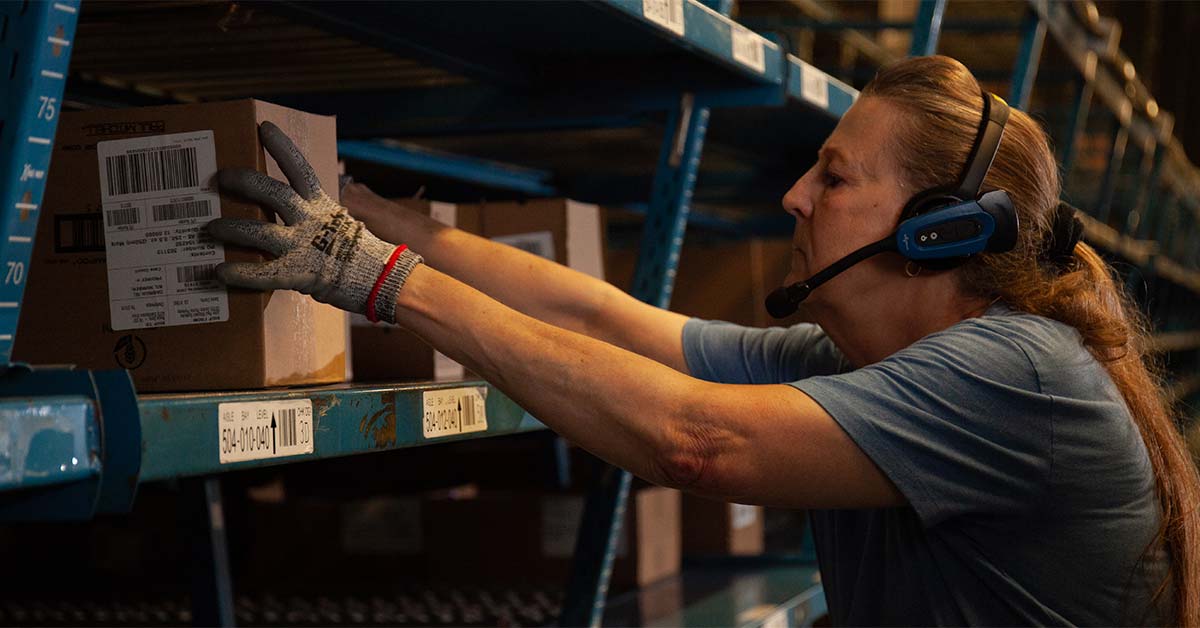 With more than a decade of experience completing voice implementations, we have confronted many of the myths, concerns, and objections about voice. Read on to learn the 10 most common voice myths we hear, and how a voice solution can address them.

The noise-cancelling microphones in Vocollect headsets (the headsets we recommend for all voice implementations) filter out common sounds such as pallet drops, truck beeps, conveyor system mechanism sounds and freezer fans. Vocollect has also developed SoundSense technology, which reduces unwanted word and sound insertions by more than 50%.

SoundSense allows Vocollect’s voice recognition software to provide superior voice recognition performance in demanding, noisy environments. To further assist workers who may need to have some more significant reduction of background noises, Vocollect offers a single cup hardhat and dual cupped headset in its wired headset line and offers a similar single-cup options for the SRX2 wireless headset.  Vocollect has over a million voice users using voice in freezers, outdoors, in manufacturing environments and more, so you can feel confident that the Vocollect solution will work within your environment. 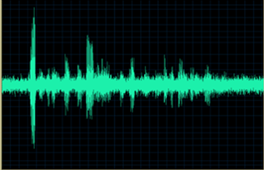 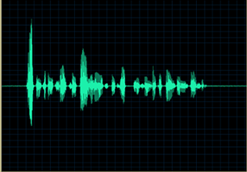 2. Voice doesn’t work if all the workers don’t speak the same language

The voice recognition engine is language-independent, meaning each worker's responses are individually trained before they begin using the system.  During training, users can speak in their native/preferred language, including any regional or dialect differences. The Vocollect Voice system learns how the user speaks and therefore can accommodate any language, dialect or accent for speech input.

For many operations, scanning large barcodes or serial numbers will always be necessary, but that doesn’t mean voice is out of the question. Vocollect developed the A730 Talkman with this in mind. The A730 has an Integral 2D scanner end-cap, enabling workers to use both voice direction and scanning to fully optimize any process. The A730 can be unholstered and hand-held, much like a traditional RF scanner, or used hands-free by moving boxes with labels past the scan target while the A730 rests on the worker's belt. The scanner can be triggered by a voice command, pressing a button on the A730, or automatically by a Voice Application.  Vocollect devices can also be paired with many other types of scanners (either wired or Bluetooth) if you have existing equipment that you would like to continue using. 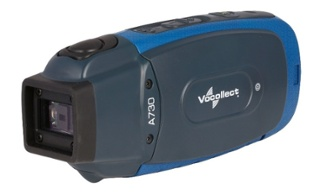 4. Voice is only for picking

While voice technology was initially introduced to enhance the workflow for picking, the success of the solution has resulted in a growing number of use cases for voice technology including all of those in the images below. This includes:

5. Voice has lagging updates to your WMS

Vocollect VoiceDirect supports real-time processing directly with your warehouse management system (WMS) or host system. A VoiceDirect interface lets a WMS provider drive the business logic centrally, while relying on the Vocollect Voice system to update as your workers move throughout the warehouse. This ensures that you will always be up-to-date with what is happening in your warehouse.

6. Voice implementations take up too many IT resources

Vocollect’s VoiceExpress offers a quick way to improve productivity without modifying the host system, making a voice implementation easier to sustain without a large IT resource pool. VoiceExpress is a real-time middleware interface that uses existing telnet and database-read interfaces (such as RF handhelds) to allow Vocollect to create a voice-enabled workflow and leverage many benefits of a voice interface without making any changes to the WMS. Additionally, a large majority of the solution will be dictated by the operations side of the business. After all, voice is meant for daily use by the operations team by design.

7. Voice takes too long to implement

Once all pre-sales paperwork is completed, the time from design to go-live is typically between 60 and 90 days.

Although we do appreciate that voice is not the main priority for every DC, increasing warehouse productivity and decreasing costs often are main priorities. Picking labor is the biggest expense in most DCs, and voice can dramatically affect that labor cost while increasing accuracy and reducing training time. These major shifts typically result in short ROIs that tend to make voice a priority when considering projects.

9. Voice projects are too costly

ROI for a voice project typically ranges between 9 to 12 months. This takes into consideration any number of factors, including number of users, number of shifts, and number of voice applications being considered.

While it is normal for there to be some pushback from experienced workers when a new technology is introduced, there are very few instances where workers want to go back to their old way of doing things once they have adjusted to voice. Voice makes it easier for workers to do their jobs, and do them well. In many cases, worker retention increases after voice is introduced.

While many of these myths can cause concern, you will find that they are all easily disproved with the right voice vendor. If you want to learn more about voice technology in the warehouse, you can email us at info@highjump.com.