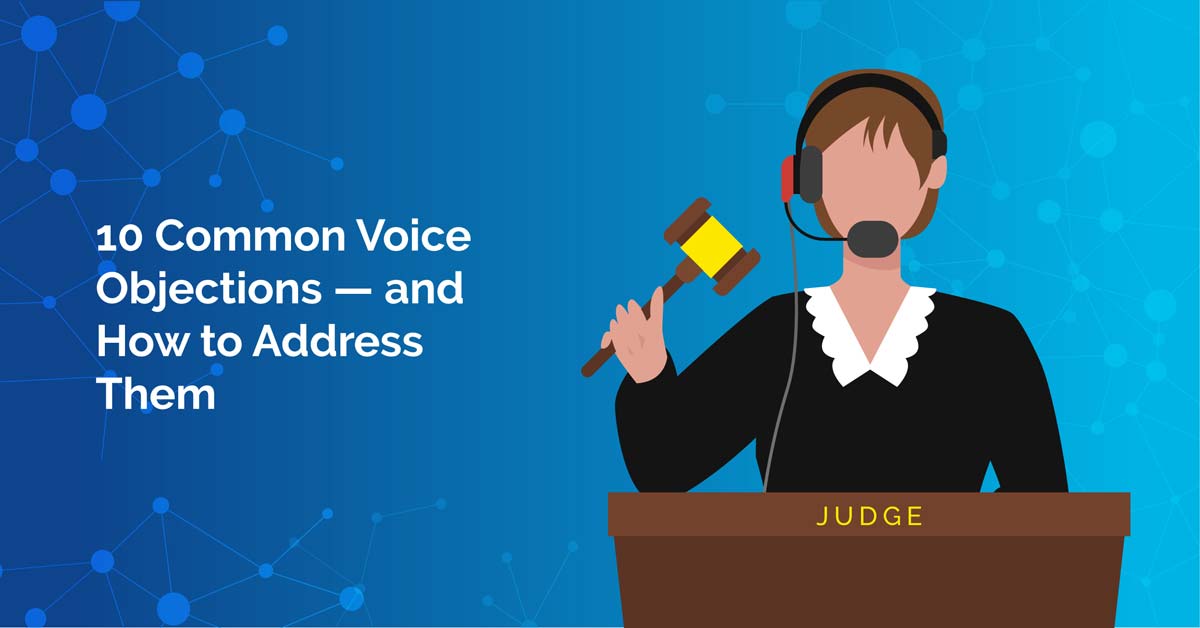 Voice implementation has the potential to revolutionize supply chain management, but many warehouse managers are reluctant to embrace the technology. Why?

Given the rise of e-commerce, advanced robotics, digitization, and other dynamic trends, the supply chain industry is changing rapidly. In particular, voice-directed warehousing (VDM) has emerged as a proven tool to boost warehouse productivity, order accuracy, and employee satisfaction. The global VDM market was valued at around $1.2 billion in 2017, and it’s projected to expand at a compound annual growth rate of 11 percent between 2020 and 2026.[1]

Still, many warehouse and supply chain managers have not yet taken the plunge and started using voice. HighJump has over 10 years of experience completing voice implementations, so we’ve heard a lot of concerns about the technology — and have had many opportunities to debunk them. Over the years, this post has been one of our most popular and helpful pieces of content, so we’re updating it to keep the findings as relevant as possible. Read on to learn about the 12 most common voice objections, and how the Honeywell Voice solution can address them.

SoundSenseTM allows Honeywell Voice to provide superior voice recognition performance in demanding, noisy environments. For workers who need a more significant reduction of background noise, Honeywell Voice offers a single cup hardhat and dual cupped headset in its wired headset line and offers a similar single-cup option for the SRX2 wireless headset. Honeywell Voice has over a million voice associates using the technology in freezers, outdoor environments, and more, so you can trust that the Honeywell Voice solution will work well in your environment.

2. “I have a lot of non-native English speakers in my warehouse.”

The voice recognition engine is language-independent, meaning each worker's responses are individually trained before they begin using the system. During training, users can speak in their native/preferred language, including any regional or dialect differences. The Honeywell Voice system learns how the user speaks and can accommodate any language, dialect, or accent for speech input.

3. “Voice is just for picking, and I need more applications.”

While voice technology was initially introduced to enhance the workflow for picking, voice’s success has inspired a growing number of use cases including receiving, put-away, replenishment, cycle counting, product traceability, and more.

4. “I need real-time processing with my warehouse management system.”

Honeywell Voice supports real-time processing directly with your warehouse management system (WMS) or host system. A VoiceDirect interface lets a WMS provider drive the business logic centrally while the Honeywell Voice system updates as your workers move throughout the warehouse. This ensures that you will always be up-to-date with what is happening within the four walls.

5. “I don’t have enough IT resources”

VoiceExpress is a real-time middleware interface that uses existing telnet and database-read interfaces (such as RF handhelds) to create a voice-enabled workflow and leverage the many benefits of a voice interface without making any changes to the WMS. Also, a large majority of the solution will be dictated by the operations side of the business, since voice is meant for daily use by the operations team.

6. “I need a quick implementation, and voice takes too long”

Once all pre-sales paperwork is completed, the time from design to going live is typically between 60 and 90 days. A full voice implementation project can be completed in as little as four months, so that it is minimally disruptive to operations.

7. “Voice is too complicated.”

Voice systems connect directly to your warehouse management system and use a call-and-response format. The voice system transmits an order through a headset, a worker hears the order and responds with voice commands intelligible to the software, and those commands are sent back to the system. For voice picking, the process breaks down to five simple steps:

Voice implementation is so intuitive and easy to use that it surprises many of our customers!

8. “We have higher ranking projects in our DC.”

Although we do appreciate that voice is not the main priority for every DC, increasing productivity and decreasing costs often are main priorities. Picking labor is the biggest expense in most DC’s, and voice can dramatically reduce that labor cost while increasing accuracy and reducing training time. These major shifts typically result in short ROIs, making voice a priority when considering projects.

ROI for a voice project typically ranges between three to 12 months, depending on the number of users, number of shifts, and the number of voice applications being considered. Though there is an upfront cost, the technology quickly becomes a worthwhile investment.

10. "We don’t have capital approval or budget this year."

We understand that voice projects can be a large capital expenditure, so we’re willing to work with you to get your voice project started. For instance, you can pay for voice implementation from an operational budget rather than as a capital expenditure. This means you won’t have to wait a full year or longer to get the project rolling, and you can start experiencing the benefits of voice much sooner.

It’s natural to think that your employees won’t want to spend time getting acclimated to yet another new technology, but that’s where the human side of voice technology in the warehouse comes in. Honeywell Voice solutions are designed to make it easier and faster for employees to do their jobs. Once you demo the technology and they see how helpful voice systems are, they’ll likely be enthusiastic about making the transition.

What’s more, supply chain managers can use the popularity of consumer voice to their advantage. 16 percent of Americans own a voice-enabled smart speaker and 72 percent of those users say it has become an integral part of their daily routine.[1] If you have a voice system that features a familiar OS, your employees will jump at the chance to take the technology they love at home and apply it to their work.

While all of these concerns are valid, you’ll find that most of them are easily addressed with an innovative and adaptive voice solution. If you’re interested in learning more about voice implementations, contact a HighJump representative today.