Raising the Bar on Halloween Candy 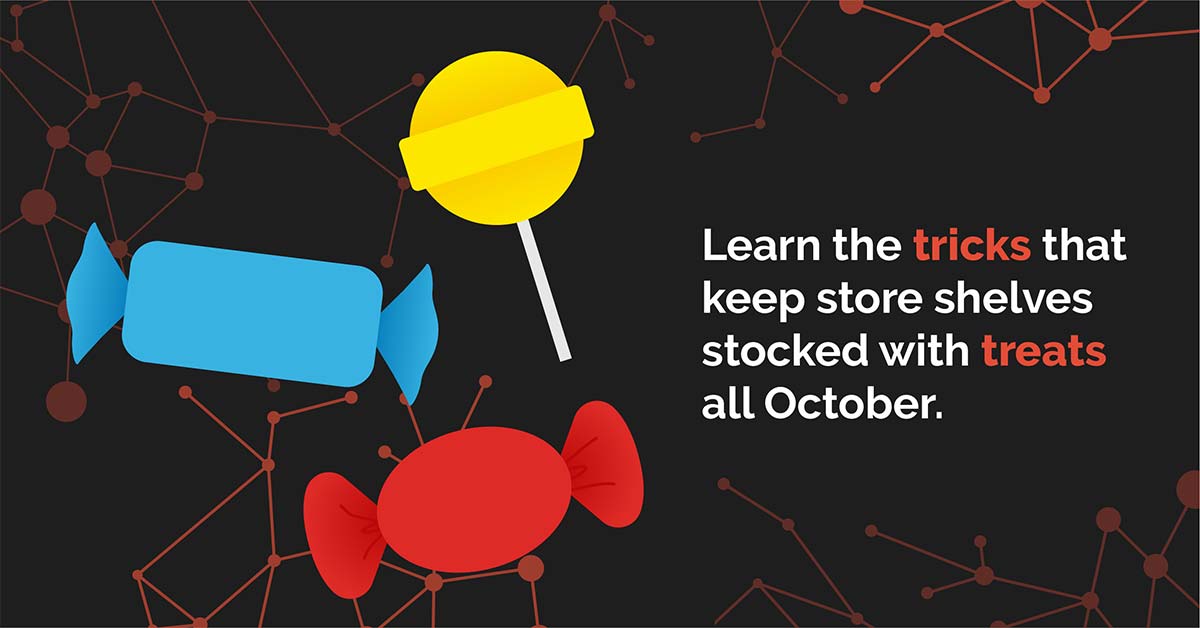 Find out what it takes to bring Halloween candy to stores and haunted houses each October.

For retailers big and small, Halloween is synonymous with two things: screaming and spending. In 2018, the National Retail Federation estimated that Halloween spending that year would reach $9 billion, the second-highest reading in their survey’s history. Of the 175 million Americans who participated in Halloween festivities, consumers spent $2.6 billion on candy alone.

What’s the most popular treat of all? You might be surprised to learn it’s not candy corn. Chocolate is America’s favorite Halloween candy, bar none. Of the 600 million pounds of candy purchased during the Halloween season, 90 million pounds of chocolate will fly off the shelves in the week before the big day.

Some might see statistics like these and think the spooky season is a dream come true for Halloween stores and grocery retailers alike. However, the Halloween supply chain is a complex, intricate, and very delicate machine. To understand where your candy comes from — and how it makes it into your jack-o-lantern bucket — let’s follow the journey of a chocolate bar down the supply chain.

From Cocoa Bean To Chocolate Bar

The chocolate production process starts, like all food and beverage supply chains, with growing the product. Africa is the single largest cocoa producing region in the world, making up about 73 percent of production worldwide. During the 2013-2014 crop year alone, Africa produced about 3.2 million tons of cocoa beans. Other essential ingredients — milk, sugar, vanilla, nuts — also need to be sourced from various locations around the world.

The production phase is powered by skilled farmers who grow “theobroma cacao” trees, harvest cocoa pods, and ferment and dry the beans. Until the 1980s and 1990s, national commodity boards of individual producing countries were responsible for marketing the beans, but now local farmers generally sell their beans directly to exporters, traders, or brokers.

Once purchased, the exporting company inspects, grades, and stores the cocoa beans for shipment to the importer’s warehouse. More quality checks will be conducted once the product reaches its port of destination. The next step — roasting and grinding the beans — can be performed either in the producing country or consumer country. In 2013-2014, Europe was responsible for 39% of cocoa bean grinding, with the Netherlands leading the way.

The processing phase involves using cocoa butter, cocoa liquor, milk, and sugar to produce the sweet treat you can find in stores. Finally, bars of dark, milk, and white chocolate are ready to be placed on shelves around the world. After packaging and commercial marketing, chocolate can start making its way to convenience stores and grocery chains. 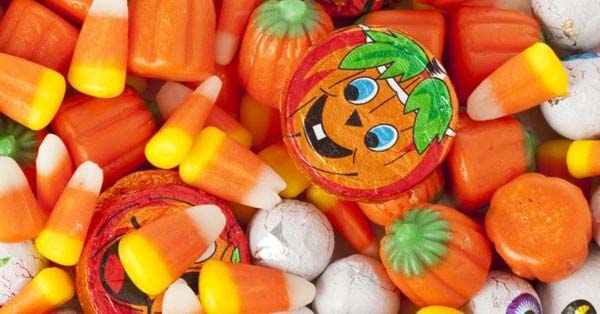 Now that the chocolate has been processed, how does it get to stores each fall? Supply chain manufacturers must account for rapidly changing factors like the weather when it comes to managing transport logistics. Rain or snow can delay shipments arriving by truck, and fuel prices are different depending on location. What’s more, the truck’s environment has to be monitored to ensure the chocolate maintains its quality. If the truck is too hot the chocolate will melt, too cold and it could become discolored.

Time and money must be allotted to import packaging from locations like the West Indies or Australia. Once wrapped and branded, the candy is distributed to retailers across the globe, including pharmacies, convenience stores, and supermarkets. Some chocolate companies even have their own branded retail stores — such as Godiva, Hershey’s, or Lindt — to capture a larger consumer base.

A Ghoulish Season For Halloween Retailers

Many people don’t realize how much work goes into filling their buckets with Hershey bars and Butterfingers, but negotiating all of these moving parts takes an incredible amount of coordination. Stores only have six to eight weeks to capitalize on the high demand for chocolate and other types of candy before the tides turn again, so they must be vigilant.

Products already have a limited shelf life and that fact becomes all the more clear during October. Halloween candy loses sellability when the calendar turns to November because products are marketed, produced, and packaged specifically for the holiday. Plus, almost no consumers are going to be purchasing or eating that much candy for the rest of the year, so stores must do their best to unload it as soon as possible. One kink in the food supply chain can result in a catastrophic under or oversupply that’s not easily rectified.

Businesses like Party City and Spirit Halloween plan their entire year around the few months that fall between August and November 1st. In fact, Party City often invests in Halloween popup shops and hires up to 35,000 seasonal workers to help out during the rush.

After Halloween is over, most retailers pack up their cloaks and broomsticks until next year, and convenience stores or pharmacies shift gears to stock Thanksgiving and Christmas merchandise. During the spooky season, Halloween stores and other retailers that have a modern, efficient, and technology-driven approach to tackling food industry supply chain management can enjoy the greatest ease and efficiency — without sacrificing ROI.