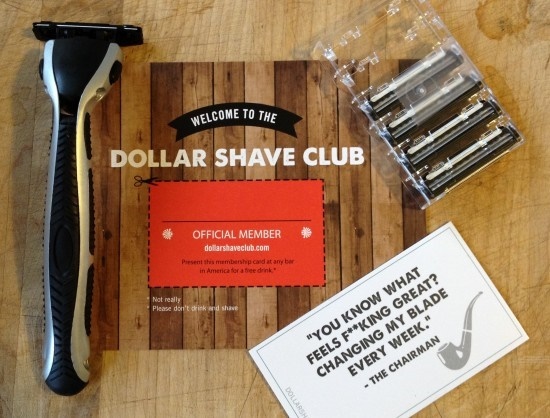 It all started with a viral video.

In March 2012, Dollar Shave Club founder Michael Dubin took $2,000 from a college friend to create a hilarious, low-budget ad recorded in a warehouse. That video quickly became an internet sensation and kicked off the business’ explosive growth. There was not nearly enough inventory to fulfill the influx of orders, so the subscription-based razor and men’s care company had to politely inform its new customers it could be up to two months before they received their orders. And most of them were willing to wait.

At that time, Dollar Shave Club began using a small third-party logistics (3PL) company in Southern California after starting fulfillment operations in Dubin’s garage (seriously), director of operations and fulfillment Lori Jackson said during a keynote presentation at HighJump Elevate 2017 on Tuesday. They outgrew that facility and started using a small 3PL in Louisville, Kentucky. The eCommerce startup soon moved to a larger 3PL nearby that had the resources needed to keep up.

Before we move on, let’s pause for a quick primer on the company for those not familiar with the brand. Dollar Shave Club was founded in 2011 with the goal of offering men a cheaper, more convenient way to purchase razors. Customers choose from a few different plans that have different fees, then receive razors, shaving cream and other grooming products every month. In the summer of 2016, it was purchased for $1 billion by consumer good giant Unilever, a sign of the popularity and immense potential of this business model. Today, the company has more than 3 million members.

Eventually, the company decided it was time to internalize fulfillment. During her presentation, Jackson explained that order volume, ownership of the product, and, above all, reduced cost are all reasons for companies to consider making this big move.

Jackson explained that she endured a painfully long and costly warehouse management system (WMS) implementation at a previous company, and even then the system wasn’t flexible enough. After that experience, she sought a solution that was scalable, adaptable and offered top-notch support, all with a reasonable price tag. 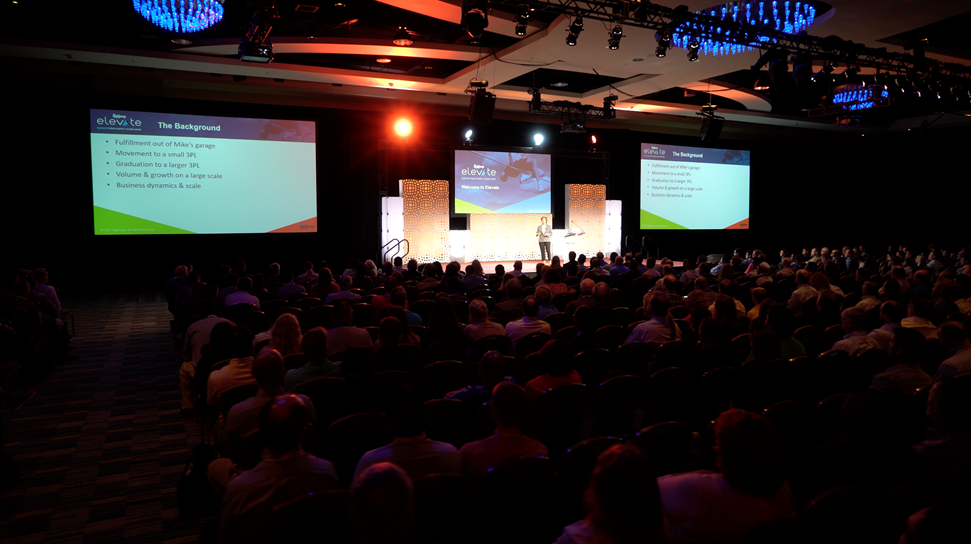 Jackson and her team eventually selected HighJump WMS in the Cloud. She felt a cloud-based system was essential because it is maintenance-free, updated automatically, easily deployed across multiple locations, making it ideal for a smaller, fast-growing company.

Dollar Shave Club had only a small team of engineers and simply lacked the manpower to maintain its own server, pushing through updates and fixes, Jackson noted. And she’s been extremely pleased with the decision to go with the cloud.

“We have problems because startups are not easy, but I haven’t had any time that I would say, ‘HighJump is responsible for having me down for a period of time,’” Jackson said. “That hasn’t happened. And that’s pretty incredible given the volume that we’re doing on a daily basis.”

Then the real work began. Dollar Shave Club selected a 110,000 square-foot warehouse – which was still under construction – in Torrance, California, for its distribution center. It installed a conveyor, pick-to-light and parcel manifest systems, all of which integrate with the WMS. It went live there in December 2015 and now processes tens of thousands of orders per day, seven days a week. While a majority of its shipments fit into small envelopes, larger items (shampoos, gels, etc.) are packaged in a separate area. Given the small size of razors and the limited number of SKUs the business handles, the building has much more space than the business currently needs. But it chose a facility that could keep up with its growth for at least the next five years.

Soon after finishing that project, Jackson was tasked with opening up another warehouse in Columbus, Ohio just a few months later. It installed much of the same automation equipment there and integrated it with the WMS. This facility is even bigger, at 180,000 square feet, and sends out twice as many orders as the Torrance facility every day.

Jackson lauded the HighJump team for supporting such an aggressive, rapid deployment at two locations. There were, of course, hiccups along the way but she was impressed by the vendor’s constant willingness to help.

“I’ve been really tough on the team here [at HighJump], and they’ve handled it so well and really have done things to change it,” Jackson said. “When something doesn’t work, they fix it. It’s not a big question of, ‘Did we do the right thing?’ They just get it done.”

“For a long time, I felt like my team was myself and HighJump. So I can’t say enough about the partnership that we have.”